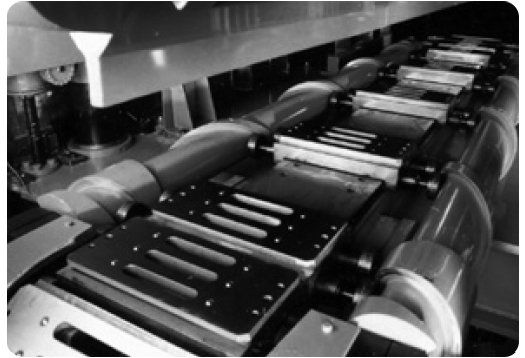 The production speed of the corrugator depends on two key factors:
1) Length of time the mold blocks are in contact with the formed plastic
2) Heat exchange ability of the mold blocks

With Corma’s MQR System the mold track can be extended by the number of mold blocks saved in the return track and the production speed increases proportionately.

The MQR separates the mold blocks in the return track exposing all surfaces to be air cooled. Working in conjunction with other patented Corma features such as the Optimized Mold Block Design, SupercoolingTM and the Cooling Enclosure, highly effective cooling is achieved resulting in increased production speeds.

With these new features, Corma corrugators are even more productive. Customers who do not require high production speeds can benefit from the MQR System, since it can allow them to reduce their investments in mold blocks. With Corma’s future generation 40 series corrugator, even greater mold block savings and higher outputs can be achieved due to a newly designed MQR system. 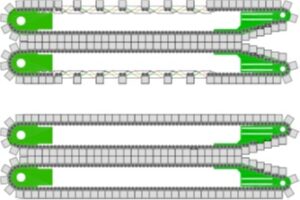 This 1530-7.4 MQR corrugator is equipped with the Mold Block Quick Return System. It only needs 60 mold.

In comparison, this 1530-7.4 corrugator is not equipped with MQR and needs 74 mold blocks to form a molding. 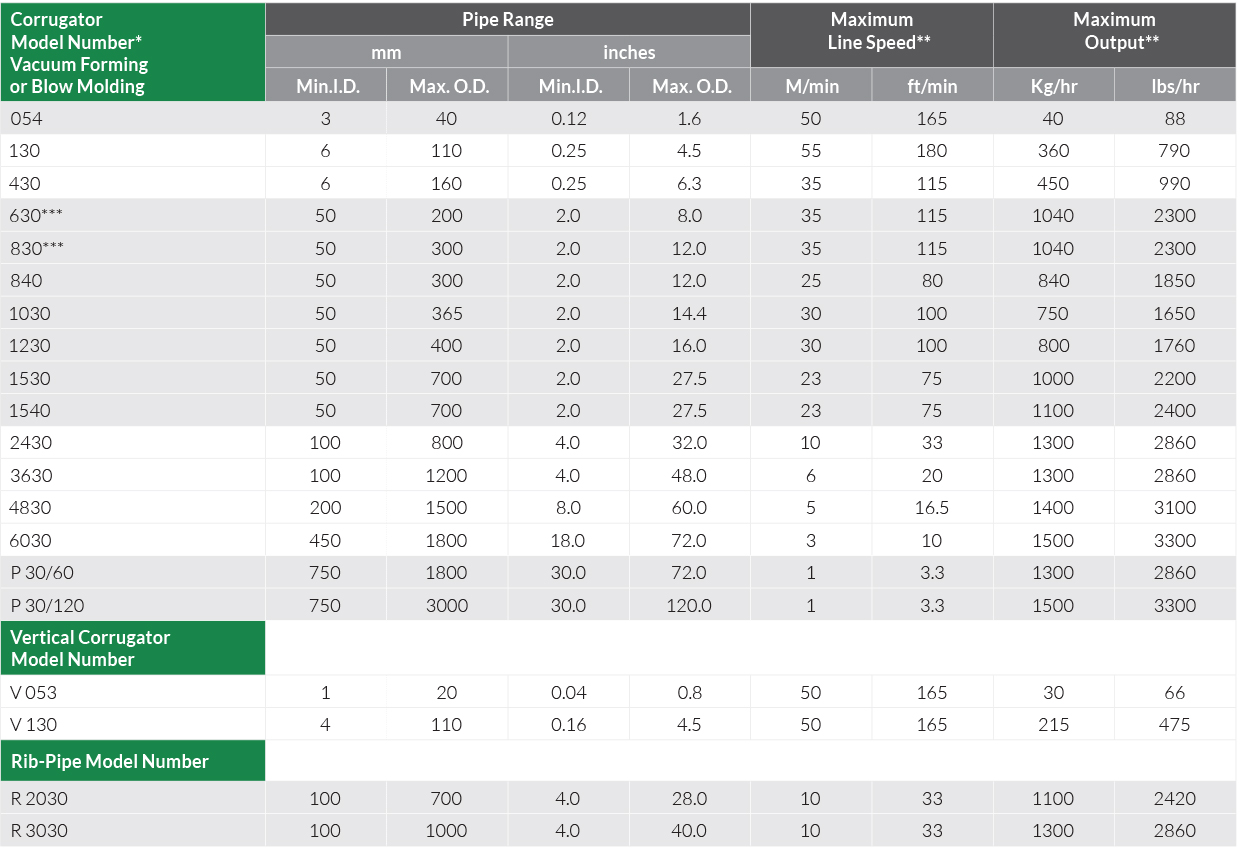