Corma has developed the SuperCoupling™ as an innovative and cost effective solution that significantly increases the effectiveness of the pipe’s seal, improves the hydraulic flow and reduces contaminant build up at the coupling.

Corma’s SuperCoupling™ utilizes an extended sleeve to create an even more resilient
seal between the pipe layers within the coupling, designed to maintain a full seal during events such as earthquakes, high traffic loads and imperfect installation that cause movements in the soil.

In a situation where the pipe is partially inserted into the coupling, the extended sleeve of the SuperCoupling™ maintains a full seal, reducing the chance of obstructions and maintains the strength and integrity of the joint. In contrast, the overlap on many other couplings on the market are too short and compromise the seal when there are movements in the soil or if the coupling is shifted during installation. This can cause a void between the pipe layers and allow debris to accumulate.

As an evolution of Corma’s in-line coupling production capabilities, the SuperCoupling™ can also be manufactured in-line on Corma corrugated plastic pipe production lines. This significantly increases productivity and decreases cost since no downstream belling machines are required. In addition, only one sealing ring is needed for the pipe connection to form water tight joints.

SuperCoupling™ is available in the following configurations:

Please contact us if you are interested to learn more about how Corma’s SuperCoupling™ technology can improve the durability and resiliency of your local infrastructure as well as help meet standards that are constantly evolving. 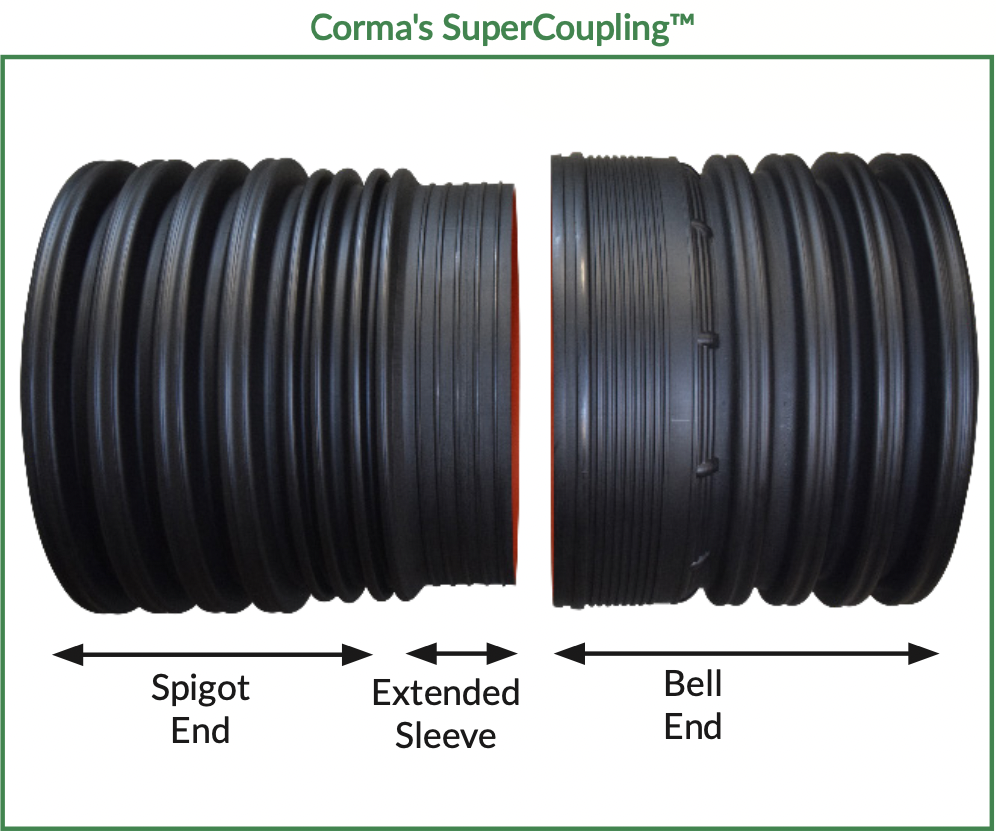