Corma’s patented Double Layer Inline Coupling technology is one of the most economical pipe connecting systems in the world. It’s known for its high quality and leadership in many pipe markets.

Inline couplings are produced during the production process

Advantages of the Bell & Spigot Type of Inline Couplings 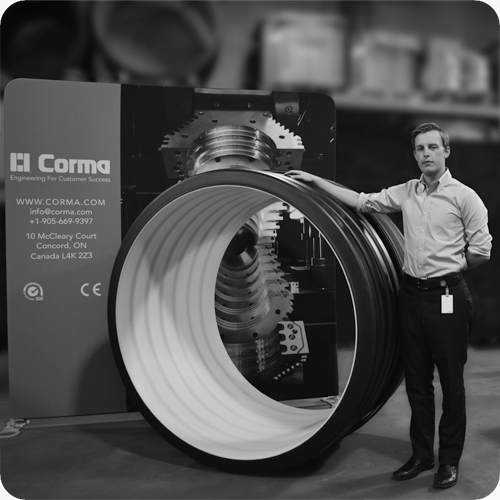